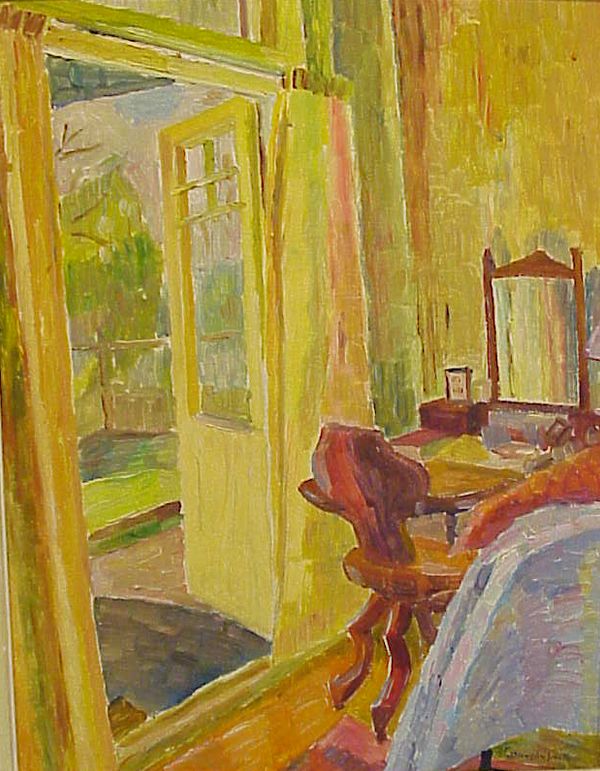 Cossington Smith was to become one of Australia's foremost colourists of the 20th century. Now having become a legend for how she helped transform the nature of Australian art - the neo-classical and romantic styles of the 19th century, with their dark and detailed canvases, were overthrown in favour of a fresh new approach that would shock Australian audiences for decades.

Cossington-Smith painted only when the spirit moved her and then decisively and rapidly; the painting—ideas as well as visual images—had already been shaped in her mind.

Nothing is recessive in her art, everything depicted comes forward to the viewer. It is art made by a devout Anglican Christian, in a family that was very English in its ideals of public service and independence of mind. It was still a time when women artists could stay at home without guilt, and paint more for love than for money.