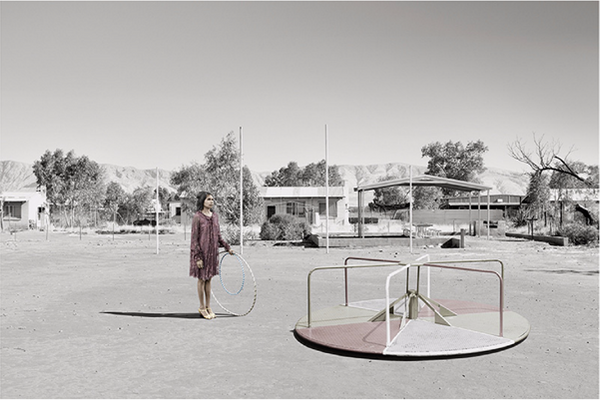 Michael Cook is an award-winning photographer who has worked commercially in Australia and overseas for twenty-five years. In 2009, he began to make art photography, driven by an increasingly urgent desire to explore issues of identity. His photographic series are unique in their approach, evocatively recreating incidents that emerge from Australian colonial history. His images unite the historical with the imaginary, the political with the personal. Visually striking, technically complex and sensitively inventive, they occupy a new space in the Australian artistic imagination.

Cook’s photographic practice is unusual. He constructs his images in a manner more akin to painting than the traditional photographic studio or documentary model. He begins with an idea, regarding the image as his blank canvas. Photographic layering is then used to build the image to provide aesthetic depth. He characteristically works in photographic series that explore narratives within a central idea. Unfolding tableaux offer enigmatic stories that are not prescribed, but left open to audience interpretation. While much of the early work based on Australian narratives, set in outback or beach environments, speak to a European cultural heritage and a universal experience of dispossession and displacement.