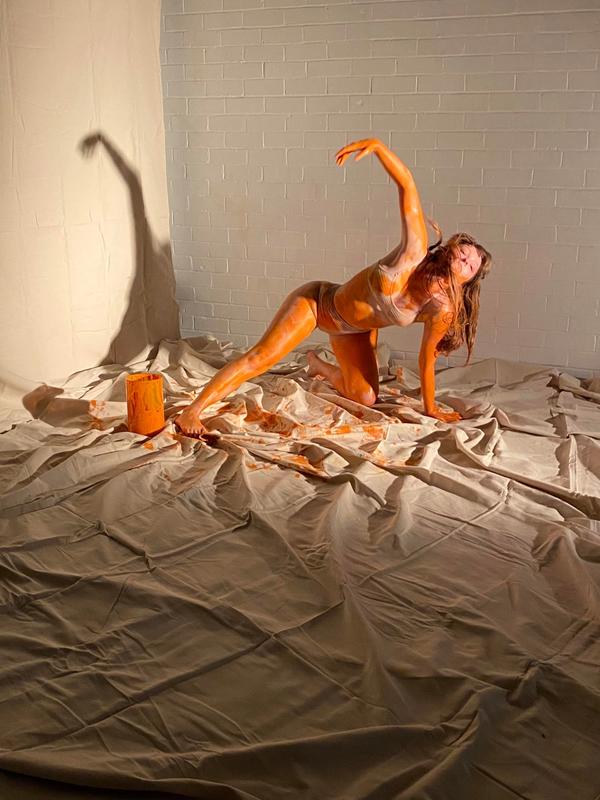 Mikayla NANGLE In the Absence, a choice 2021 performance documentation still Courtesy the artist

Through her ventures into self-choreography Nangle has collaborated with musicians and visual artists, often working through the body to explore philosophical and sociological notions and commentaries. Most recently, Nangle has been developing Re/Collect, a collaboration with Alexandra Ford and composer Julian Boggs to be performed as part of a Catapult and Critical Path choreographic exchange.

In addition to these primarily choreographic works, Nangle has recently begun to explore the realm of digitally informed practice. Commissioned for This is Not Art (TiNA) in October 2021, Nangle's work In the Absence, a choice is a choose your own dance adventure comprised of 18 individual videos displayed and navigated online. As a first foray into the digital realm, Nangle’s work displays the expansive potential of video and new media when coupled with existing practices.