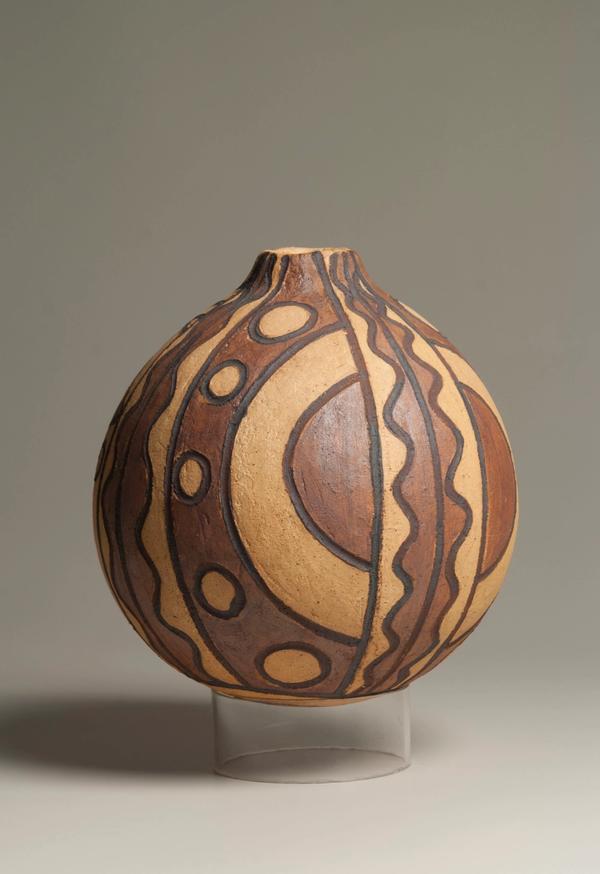 Born on the coast of the Cape York Peninsula in Far North Queensland, Dr Thancoupie Gloria Fletcher AO worked as a pre-school teacher up until her mid-thirties, only practicing as an artist in her spare time 📚. It was in 1969 that Thancoupie drummed up the courage to uproot her life in the Cape in exchange for the antithesis of everything she knew, moving to Sydney's National Art School 🎨. She studied ceramics under a number of renowned artists, including the aforementioned Shiego Shiga, becoming the first Indigenous woman to study ceramics at a tertiary level. Now, Dr Thancoupie’s distinctive ceramic ‘eggs’ 🥚 are held in collections all over Australia. She spent her later years mentoring aspiring artists in Far North Queensland and contributed greatly to youth art through her pedagogical role as a community elder 👩‍🏫 .

What emerging artist Holly MacDonald had to say:

“IN DR THANCOUPIE’S ‘WACOMBE THE BUSHMAN’ YOU REALLY GET A SENSE OF THE MAKER TOUCHING THE WORK. IT’S INTERESTING THAT IT LACKS A FOOT IT HAS TO BE PROPPED UP WHEN DISPLAYED. IT KIND OF COMPELS YOU TO HOLD IT, OR EVEN HUG IT. IT ASKS FOR A PHYSICAL RELATIONSHIP WITH IT.” — H. MACDONALD.