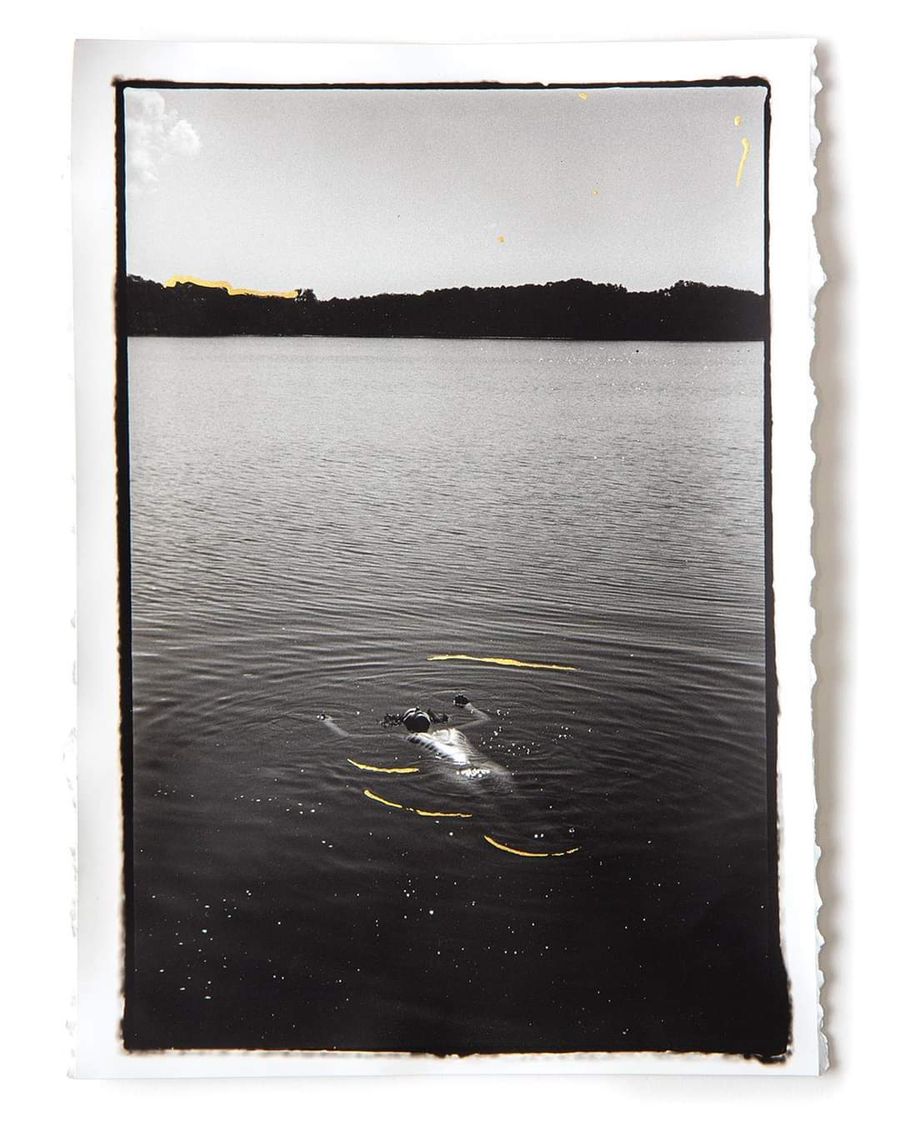 James Rhodes primarily works within the medium of photography. James explores memory and his own relationship to photographs through the interconnection between the image and materiality of his works.

AIDEN: The photographs inherent strength is its reproducibility, adaptability and speed of dissemination which is evident in the virtual world. What does it mean for photography when the screen is the default viewing platform?

JAMES: I think that examining photography in its entirety with a blanket term becomes difficult, so I would like to mention that I am interested in symbolist, as opposed to realist, photography (art vs documentary photography). Art, as a whole, since the industrial revolution has been fighting with reproducibility, the only difference with viewing works on a screen is that it is a digital reproduction rather than a mechanical one.

Even in the Renaissance, painter's apprentices had to learn to reproduce their master's paintings before they could create their own. So the idea of reproduction is an interesting debate; has there ever been truly individual art objects? Is the screen just another way to mediate the audience's constant lust for aesthetic pleasure?

When referring to symbolist photography, I think the screen plays a vital role, it allows the audience to achieve a greater knowledge of the visual language involved with images (one-half of a photograph) while creating a situation where the viewers can be in awe of the photographic object when they encounter it because it completes the puzzle, the image and the object are finally one.

With symbolic photography, the substrate is as much of a choice as the actual image printed upon it and not necessarily a by-product. How important is it that your work has a tangibility to it? The screen is an efficient communicator but I would argue that it falls short as an effective one when dealing with photo objects as there is no physical proximity.

Yes, the substrate can convey aspects of what the artist is attempting to communicate to an audience, but I don’t think it has to, nor should it be the entire focus. The tangible aspects of a photograph can both, directly and indirectly, influence the reading of the image. In my own work, tangibility is relatively important because of the processes I engage in. I have always been fond of the idea that you can see ’the artist's hand' in the marks they left on a canvas, or embedded in marble, so I use experimental darkroom processes to allow the marks I make to be visible in my works.

The screen does fall short when dealing with photographic objects, however, that does not mean that it has no use at all. It is much easier to show someone in another state, or country, a work via a screen than it is to have them visit your studio.

It’s interesting that you’re working on accentuating your gesture within your work, especially when you consider that you’re working in a medium that has been designed to refine that out. If you look at photography’s history, it has done just about everything it can to eliminate subjectivity within the confines of each frame so the idea of a narrative was introduced through the sequencing of images.

Do you think there could be a discussion around a distinction between photography (reclaiming of gesture and image ‘making’) and the new photo document (images ‘taken’ including documentation?) or does it all fall under the banner of photography?

Yes, I think a discussion about the many facets of photography is important, not only because it helps push the medium forward but because I find it interesting! I think photography can be defined as any medium that uses light as its major material, under this definition there are sub-categories. These sub-categories, for example, symbolist and realist photography, are both separate and the same.

What I mean by that is that they can be used in isolation, or together. I don’t wish to create dichotomies within photography and pin one style against another, I don’t think that would help foster creativity in the field, it only fuels toxic elitism. As you mentioned, image-making and image-taking are two different approaches to photography, these two approaches would be sub-categories of symbolist and realist, which are sub-categories of photography. One could keep sub-categorising photography in more depth than that, but that would take more time than just one interview!