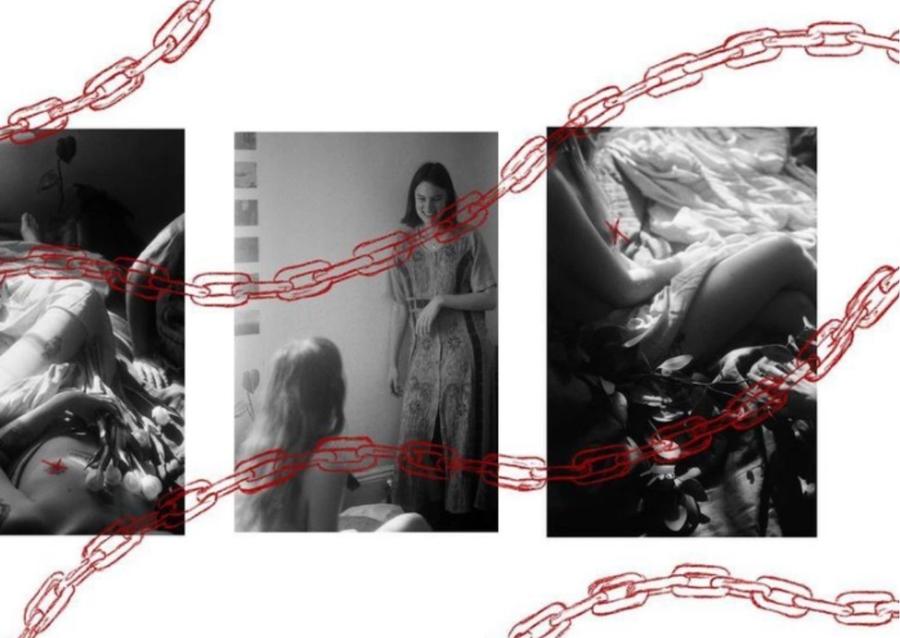 An ardent creator and supporter of the local arts community, Wolfe has a constant desire to create, waiting for a chance to express a spontaneous feeling.

Wolfe: Thank you so much for reaching out to me! What an exciting project to be a part of.

Karmun: I’m so excited that you’re keen to be a part of this 😊  I'm sorry to hear about your health though. Does your condition affect how and when you create? I can't imagine it being easy living with a chronic condition of any sort.

Thank you, that's okay - it certainly does on occasions. Though I have found ways to work around it. For comfort, my illustration work is often worked on in bed, resting on an A2 piece of board. Much the same with any digital pieces, usually alternating between working on the laptop and iPad. In the last 12 months, I’ve found myself confined to bed more frequently than in the past and have been delving more into the digital realm of illustration and image manipulation. Which has definitely had its place in expanding and evolving my practice.

From what I can see on your Instagram page and what I've heard from some of our mutual friends, you're quite a prolific creator! Where does this drive come from?

Art is the only thing I can ever remember being passionate about from a young age. There’s something incredible about being able to recreate a three dimensional or cognitive visual experience and capture the essence of that on a tangible object. The desire to create, whether that be sketching, detailed illustration or even just taking a photograph, is kind of just… there? Almost resting alongside my heart right there in my chest waiting for a moment that makes me feel something. And then I capture that feeling or idea in whatever medium I feel most drawn to at the time. It really is analog illustration that I love the most though. Experimenting and diversifying the range of tools and mediums that I can utilise is a lot of fun, and valuable. But nothing quite compares to marking a nice sheet of cold-pressed watercolour paper with a fine felt tip ink pen! 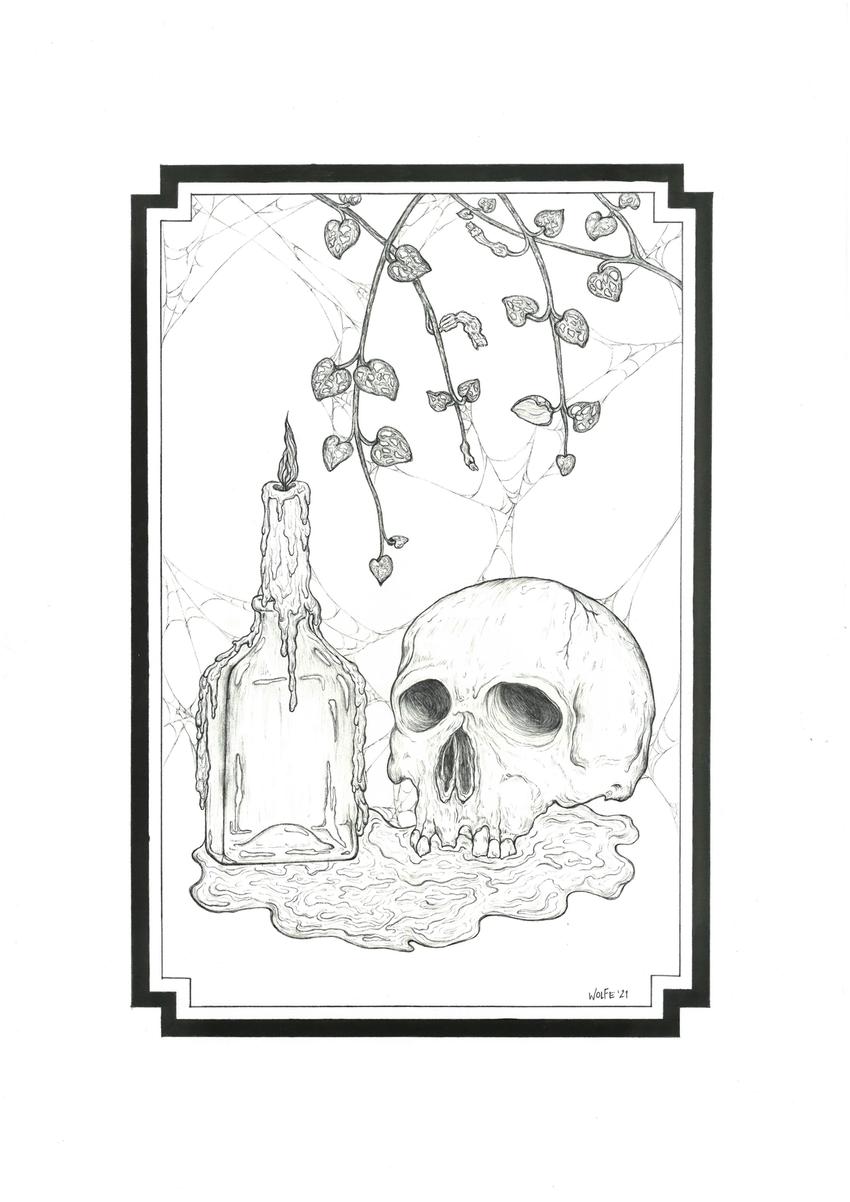 You're also a writer and a poet. During your creative process, are the words and the illustrations connected? What do you want people to know about this process?

Writing, more often than not, happens in swift and sudden bursts. I might catch a scent on the wind for just a moment that reminds me of a long-forgotten memory, and immediately need to note down a string of words that somehow fit together just right. Otherwise, writing is an entirely different practice for me. It’s a tool for moving through emotions and creating an alternate understanding or perspective. But also, a concise way to tell a story that ignites feeling and moves you right along with it.  Sometimes I write about my own experiences, and other times about those of the people around me: ongoing documentation of memories and daydreams as concise, but stirring, trinkets to hold onto.

I've chosen a few works from the Gallery's collection that I'd like to feature in the zine alongside an image of one of your works. I'd love to get your thoughts on this!

Interestingly enough, The Divided Unity by Brett Whitely is one of my favourite ocean depicting artworks. This kind of mark-making to replicate the appearance of movement and whitewash in water is something that I've always been quite in awe of. I haven't got the hang of making water look like it's in motion just yet, but this work alongside some of Whitely's other works that I've seen over the years have certainly influenced a shift in my own perspective - on alternate methods of imitating objects and lifeforms in a semi-realistic but fluid way.

Additionally, I'm quite fond of Margaret Preston's unique and distinct bold outlines, particularly in her botanical work, which was of great influence to me around the time I initially began exploring a more refined and detailed style of drawing.

I'm also fond of Margaret Olley and Michael Bell. Watercolour is something I'm a little out of touch with at the moment but incredibly passionate about. And if I remember correctly, in 10th-grade visual arts class I began painting after becoming hooked on Mambo art and the work of Charles Blackman.

A great wealth of creative influence in ways I hadn't really thought about until now! Thank you for allowing me to ramble on about art, I've thoroughly enjoyed answering your questions. Being asked about the creative process is always a great way to reassess what's important and where my practice has changed/strengthened over time.

Thank you so much!